How do I use a Lambert Conformal Conic Map in ExpertGPS?

Hi Dan, I’m off to Mongolia in a few days and was searching for some maps when I found this great site at the University of Texas. They are Lambert Conformal and state the standard parallells. I gather from searching the forum that I guess the left or right edge as the central meridian. I’m hooped when it comes to Origin Latitude and False Easting and Northing. Can you help? The Mongolia map is here

How to use a Lambert Conformal Conic Map in ExpertGPS? 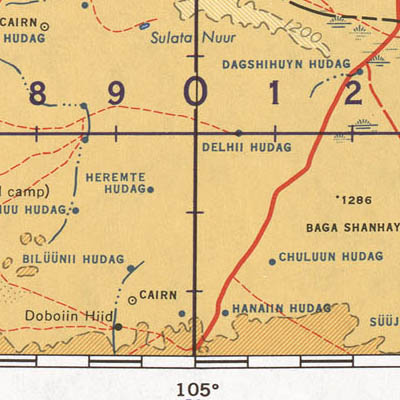 The Standard Parallels for your map (44° 20′N and 47° 20′N) are listed on the map collar underneath the map. The Central Meridian isn’t given, but there are two easy ways to determine it. For almost every map you’ll ever encounter, the central meridian runs vertically down the center of the map. Look for a line of longitude that is perfectly vertical – parallel to the left and right edges of the map sheet. If you look at the lines of longitude on your map, 102°E (on the left side) leans in to the right, and 108°E (on the right side) leans in to the left. 105°E is perfectly vertical – that’s your Central Meridian. Note that the map is centered on this line, and that 105° is halfway between 102° and 108°, the two outer bounds of longitude. For most of the maps you encounter, taking the average of those two extremes of longitude will get you to the Central Meridian. 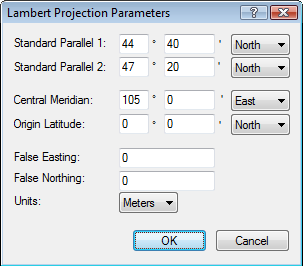 You can safely ignore the remaining parameters: Origin Latitude, False Easting, and False Northing. Just set them to zero. These three parameters are used (along with Units) on some maps to define another geographic coordinate system based on the Lambert projection. For example, in my home state of Massachusetts, many GIS maps are based on the Massachusetts Mainland State Plane Coordinate System, which is an X,Y coordinate grid that is used instead of latitudes and longitudes. The Origin Latitude, False Easting, and False Northing are parameters used by the equation that transforms latitude and longitude coordinates into rectangular X, Y coordinates in the MA SPCS. These parameters are provided for ExpertGPS Pro users who are importing pre-calibrated maps that come with an accompanying worldfile. Worldfile coordinates are specified in X,Y rather than lat/lon, so ExpertGPS needs to know all of the parameters in the equation described above. For maps in one of the US State Plane Coordinate System formats, ExpertGPS has all of the parameters built-in, you just need to select the correct State Plane coordinate format. I’ve only had to enter the full set of Lambert projection parameters twice, both times for importing scanned maps that show all 50 US states or the 48 continental ones. For these maps, a Lambert or Albers Equal Area projection is commonly used. Contact me if you need help importing such a map. 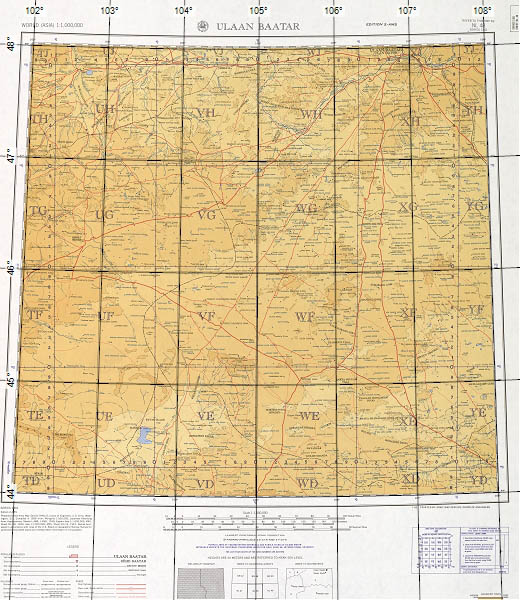 The correctly-calibrated map of Ulaan Baatar, Mongolia, is shown above. Three calibration points were added at the upper left, lower right, and lower left. The latitude and longitude lines drawn by ExpertGPS match up exactly with the lines on the map, confirming that the map is calibrated correctly.