Ben C. needs help converting offshore and deep-sea fishing spots from an Excel spreadsheet into GPS coordinates he can convert to a .USR data file for his Lowrance GPS. Here’s how to import and download Excel data to your GPS using ExpertGPS: 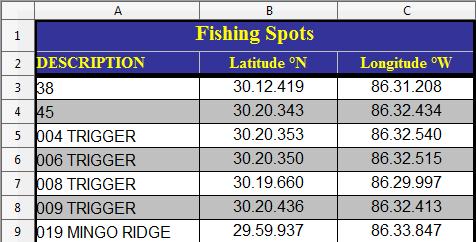 Ben contacted me because ExpertGPS wouldn’t accept the latitudes and longitudes in his Excel spreadsheet. They are in a non-standard format, with two decimal points. Looking carefully, you can tell that these are actually degrees and minutes of lat/long, with a decimal point used between the degrees and minutes, rather than a space, or a degrees symbol. ExpertGPS can extract coordinates out of just about any format, but I had to modify ExpertGPS to accept this data. Download version 3.09 (or later) of ExpertGPS mapping software to convert this data.

Before copying and pasting the coordinate data from Excel into ExpertGPs, I followed these instructions for adding a new coordinate format to ExpertGPS, and selected degrees and minutes (hddd mm.mmmmm) and the WGS84 datum. 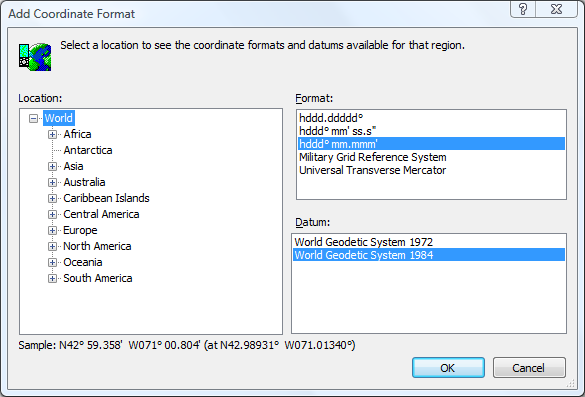 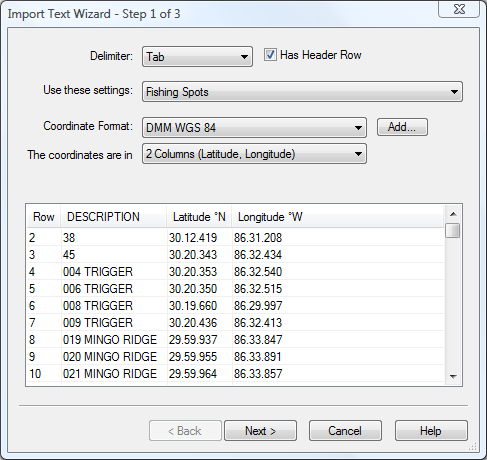 I copied the three columns of data from Excel, starting on the second line since the first line contained a title that spanned all three columns. ExpertGPS wants to see actual data (or a header row) on the first line of the pasted data. I selected degrees and minutes, WGS84 datum. 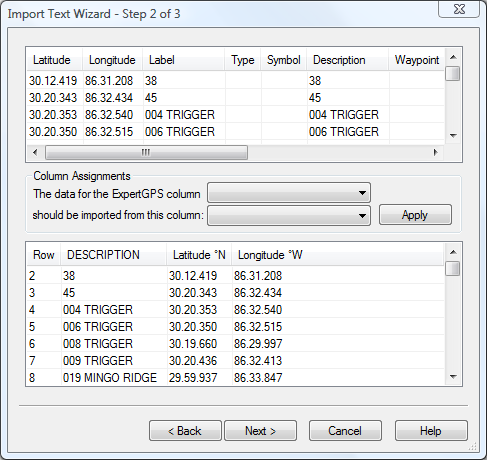 On the second page of the ExpertGPS Import Text Wizard, I matched up the columns of data from Excel with the columns in ExpertGPS. Click Next, then Finish, and ExpertGPS displays a map of your GPS fishing spots, as shown below. 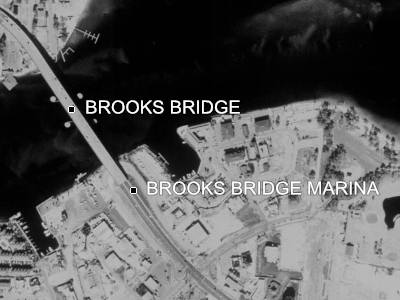 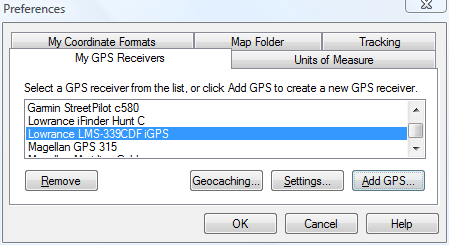 To transfer your fishing spots to your GPS receiver, click Send to GPS on the GPS menu. If you haven’t yet told ExpertGPS which GPS receiver you’re using, click Preferences on the Edit menu, and add your Lowrance GPS, as shown here. Because this GPS uses a MMC/SD data card, you’ll be prompted to save a .USR file to your GPS memory card containing all of your fishing hotspots and waypoints.