Building Waypoint Grids on a Map 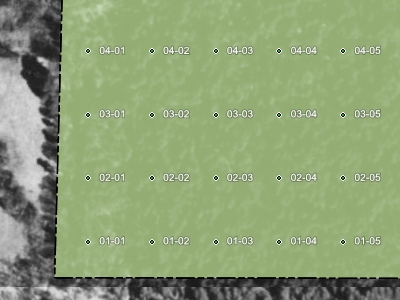 I’ve been exchanging emails with Dennis G., an ExpertGPS user who is using the software to prepare “timber cruises” on tracts of forest land. Rather than count every tree in a parcel, foresters typically create a grid of regularly-spaced points, a “fishnet grid”, that covers the tract, and then walk a line that visits a percentage of these points (say 10%). They can then extrapolate the counts they collect on their survey walk to estimate the total board-feet of timber in the parcel.

What Dennis needs is a way to create a grid of waypoints at regular intervals. He can then connect some of those points into routes for his GPS to guide him through the forest and ensure that he stays on track when he’s on his timber cruise. 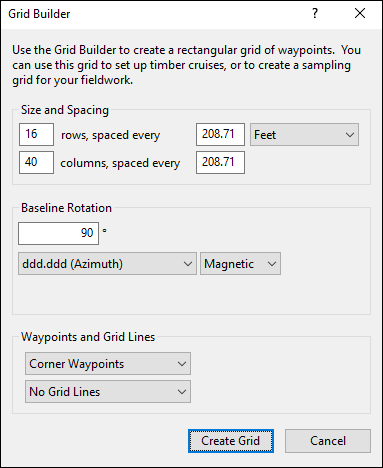 Since this feature sounded a lot like the Project Waypoint command in ExpertGPS, I used that dialog as the starting point for designing the Grid Builder dialog. The Grid Builder dialog is invoked from a starting waypoint – select a waypoint on the map, right-click, and click Grid Builder. From this initial point, you can then specify the height and width of each “cell” in the grid, and choose how many rows and columns will make up the grid. As you enter information, ExpertGPS draws a preview grid on the map. You can switch back and forth between the dialog and the map, which is helpful if you need to zoom in or out, or pan the map around.

Dennis originally asked for a tool to create a grid of waypoints that he could connect together into a “timber cruise” route. I added a few more options to the dialog that I hope will make it useful to a wider audience of professional users. In addition to creating a waypoint grid, the Grid Builder command can also outline the grid boundaries by creating Grid Squares or Grid Lines. If you select Grid Squares, ExpertGPS will create a checkerboard pattern of squares that outline each cell. Each cell is a single track, and the Track Type attribute for each track alternates between “Grid Square 1″ and “Grid Square 2″. By giving each grid square type a different fill color, I was able to make the map shown below. Each square covers exactly one acre. (a one-acre square has sides 208.71 feet long) 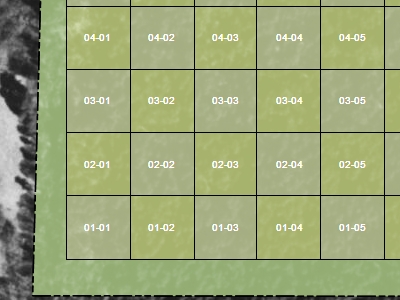 The other option, Grid Lines, creates a single track for each horizontal and vertical line in the grid. They alternate direction (north, south, north, south…) so that if you select them all and use the Join Tracks command, you’ll end up with a single tracklog that should fit in the track memory of most modern GPS receivers. This should come in very useful the next time you want to set up a grid on the map and also refer to it when out in the field.

The Grid Builder command is one of the cool new features that will be appearing in the November, 2008 release of ExpertGPS Pro.