I’m mapping a 160 acre oil field water flood project, trying to map as best as possible the trench routes between the 45 or so oil wells and the 30 or so water injector wells, and the pumphouse.

In trying to do the best possible job, being able to pick up as many trenches as possible on aerial photography will be a big help. Already, with the trial version of ExpertGPS, I can see some of the main trenches.

My question is, is the photography in the trial version from Google Earth? Or, what would be the best photography to check for recent coverage and the highest resolution?

I am going to purchase ExpertGPS, GIS version. After getting this oilfield map done, there are 20 plus sections of leases to topsoil sample on a tenth of a mile grid. It is fantastic, to have zoomable aerial photo and topo coverage, and gridding ability, with automatically generated gps points, not to mention tracks. This is going to save alot of time over the method I was using; putting a plastic grid over the laptop screen to manually mark waypoints, using Topo software. Thanks for making a great product! 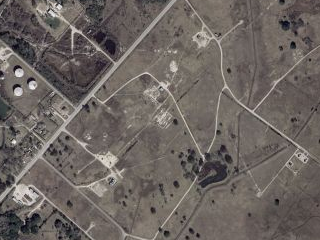 ExpertGPS Pro features USGS 1:24000 topo maps and 1 meter/pixel aerial photography for the entire US, and detailed color imagery for the rest of the world as well.The image to the right shows ExpertGPS color imagery outside Galveston, TX.

You have several options for viewing higher-resolution imagery in ExpertGPS:

2. You can use the View Online command (F5) in ExpertGPS to bring up a Web map of any point you mark on the map. The ExpertGPS.com online viewer has links to several mapping sites, and shows a detailed color image like the one below: 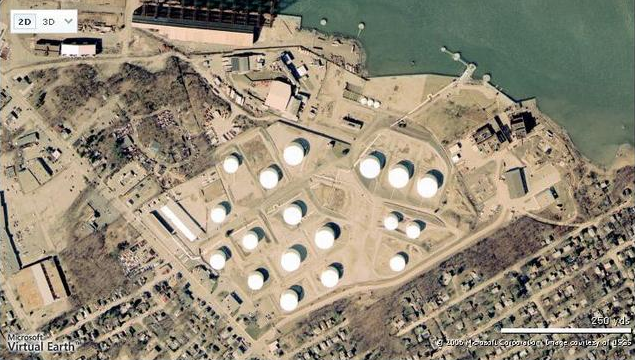 3. Most states have free high-resolution color orthophotos that you can download on their state GIS Web sites. I’ve written several tutorials on how to make maps using free orthophotos from your state GIS with ExpertGPS Pro.